I did not realise that we had met until we parted, and then all I could do was hope that she would come for tea the following day as promised.
She was early.
Her name was Mona and she had travelled some distance to arrive at my door. Little knowing who or what she was I let her in then put the kettle on... how that kettle sang!
As muses do she saw in me something that I had long lost sight of. To her it was fresh and exciting, to me it was unoriginal and lacking fire. I worked well enough for a while; moving from painting to prose to poetry as my Muse took me but soon the old doubts crept back in. I took to solitary walks late at night and fussed over old work in order to avoid going forward. Eventually I took to my bed living off nothing more than maatjes and whiskey while Mona, sympathetic at first, became more and more strident in her demands that I work. 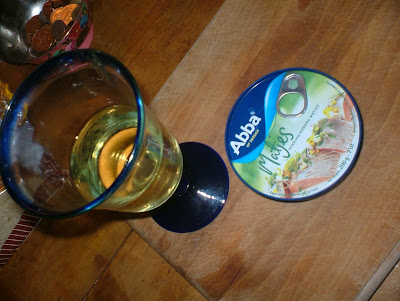 "You will kill yourself living like this". she screamed. "And then what will I do. I am carrying your art inside me like some unborn child. If you die I shall throw myself from the window and watch my past flash before me!"
"No. It will be your unlived future that will rush through your minds eye."
"Very clever Jantje! But I know who you have stolen that concept from"
"Enlighten me." I said.
"It is the basis of a story written by Tristan Hazell in the early 20th Century!"
"That is 40 years away. how on earth can I steal from something not yet written?"
"Because it is inside me! I will be his muse too and the seeds of his work lie dormant within me. you have somehow tapped into that which is his..."
I went back to my whiskey. thinking her quite mad. 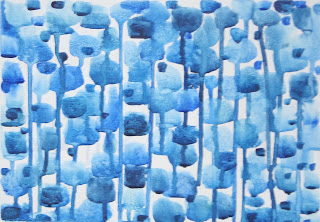 Mona, exasperated, started painting herself. in the space of three days she had finished a dozen canvases, all the while screaming at me how easy it was. when the last canvas was completed she packed her bags and left... for another artist who naturally became the darling of the London scene for his vibrant use of colour that should have been mine.
I still own those canvases of hers.