Coincidences in nature, guns and tulips. 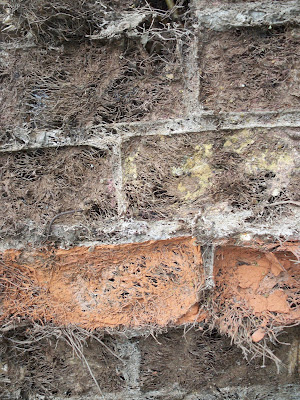 A mat of ivy roots pulled from a wall and a robin that watched. Is it not interesting the colours in the two images. 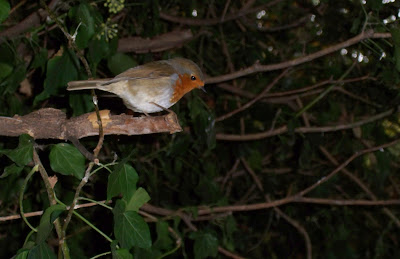 It is as if the robin is camouflaged for stealth flying between the ivy roots and the wall. The ivy roots do not sing as well as the robin. Not even as well as Tiny Tim. And he's dead, pushing up the tulips rather than tiptoeing through them.

rusty came along shortly after the photo was taken and shot the thing with a Colt 48.

I said Rusty you can't do that and he said Jan, the constitution says I can do what I damn well please with my gun.