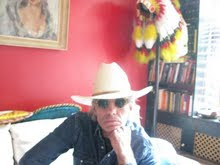 Rusty came round for coffee this morning. He looked distressed and depressed, I've not seen him this bad for a long time. I'm worried because I know I'm not going to see him for a while.

I said go to see the nurse Rusty, she can help.
I doubt it said Rusty. I hear she ain't nursing no more, I hear she has taken up horse riding. How do you know that? I asked.
Well, he said. Every time I see her she smells like stables.
I told him he should perhaps go back on the rodeo circuit one more time before he got too old. And Rusty, I said. Why not ask the nurse to go with you, she could look after the horses for you.
That woman is every man's dream, Rusty.
Yeah he said. But not every night.
I talked to nurse Caz later this morning. Told her I was worried about Rusty, and would she help? She said she would get back to me on that one. I also said that I had heard that she had taken up riding.
She laughed then (I have not heard that mountain stream for a long time) and said; I've just been putting horse shit on my garden.
I will not pass that information on to Rusty, I imagine he would prefer to keep an image of Caz in tight johdpurs 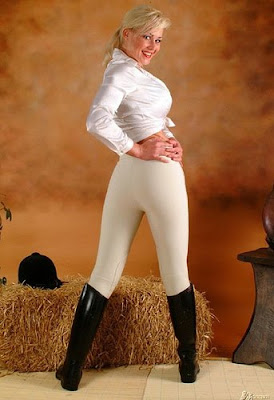 in his minds eye rather than the reality. 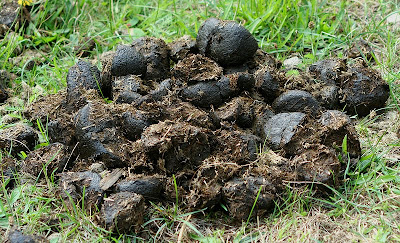 Posted by Tristan Hazell at 8:27 AM