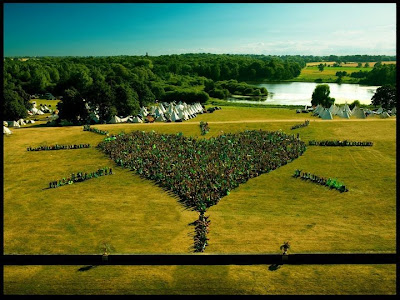 It must be Kimberley weekend coming up: there isn't a drug dealer to be seen in Notting Hill and the Hillbillies are all dressing alike to be different.  It is of course the lead up to the time of the year when 30 and 40 somethings die in their sleep due to excess drug use but their wives/mistresses/family put down to work or depression or not being understood!

It is however the perfect occasion to shag someone  while their partner is off his/her face on horse pills and MDMA in a tent.

Shhhhhhh... Don't tell anyone. It's secret!

The jeweller to the stars.

They are waiting in the cafes
the restaurants and bars
or parked on unlit corners
in expensive cars
they are waiting for the snowman, the blow man, the let's go man
they are waiting, waiting, waiting
for the jeweller to the stars.
He is the closest thing to royalty
their business is all his
with his bags of herbert sherbert
(the silly rich mans whizz)
he makes them feel quite special
and just a
little
bit
show biz
they are guaranteed to talk the talk
walk the walk as well
he is the pied piper
the piper at the gates of hell.
White christmas is his ringtone
on his prepay mobile phone
his sole visible means of support
the long suffering wife at home
he is the king of the powder rooms
his shit it smells of roses
to the vacuous trustafarians
born
with
silver spoons up their noses.
He is known to each and every one
the jeweller to the stars
he hasn't got a friend on earth
and there ain't no life on mars.
Posted by Tristan Hazell at 5:02 AM