Leslie Howard: The Man Who Gave a Damn. 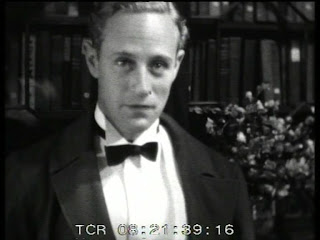 At the Michael Horovitz thing last night I got talking to filmmaker Tom Hamilton about a Leslie Howard documentary he has been working on for some years. he pointed me in the direction of his web-site. It is a fascinating story and well worth reading.

When film fans today refer to Leslie Howard, the most common memory is of the ineffectual Southerner Ashley Wilkes, which he played in “Gone with the Wind”
It’s ironic that he’s forever associated with a part he fought against in a movie that he never watched. It’s equally unfortunate that his somewhat colourless and disinterested acting in that film is often assumed to be typical of his career. For Leslie Howard captivated a generation of theatre and film-goers through the 20’s and 30’s with his beautiful voice, poetic appearance and low key acting style, and his performances on film are equally compelling and mysterious today.  READ MORE
Posted by Tristan Hazell on April 07, 2011