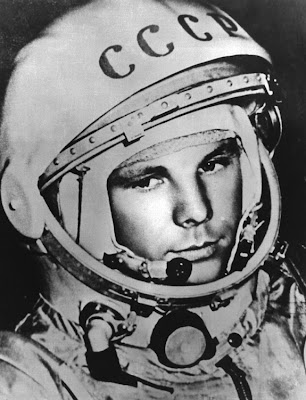 April 12th 1961 was my 6th birthday. Yuri Gagarin orbited the World for the first time ever that day. I remember it well; he stole the show. 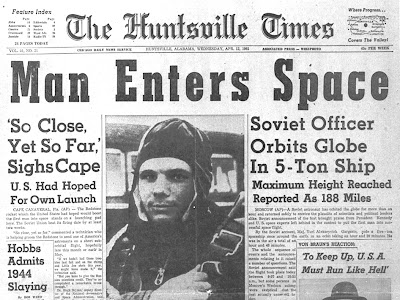 I also remember seeing this photograph later in the year and thinking he didn't look much like a spaceman. 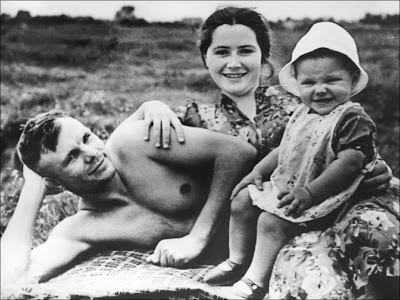 Yuri Gagarin posing with his wife Valentina and daughter Jelena on the beach in Glasma, June 1960.Photo: AFP/Getty Image
At just after 0700BST, 12 April 1961, Russian, Major Yuri Alexeyevich Gagarin was fired from the Baikonur launch pad in Kazakhstan, in the space craft Vostok (East), to become the first man in space.
Major Gagarin orbited the Earth for 108 minutes travelling at more than 17,000 miles per hour (27,000 kilometres per hour) before landing at an undisclosed location.