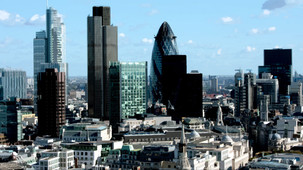 Charles Hazlewood and Mick Jones lead an impressionistic portrait of London between the 1948 Olympics and today, mixing voice, archive, and music to create a beguiling introduction to Radio 2's Olympic year.
Other voices heard include those of Barbara Windsor, composer Lionel Bart, architectural historian Dan Cruickshank, and many ordinary Londoners, from cab drivers to costermongers.
The songs featured in the two shows are a veritable greatest hits of England's capital. They include London Calling by Mick Jones' own band The Clash; London's Brilliant Parade by Elvis Costello; Carnaby Street by The Jam; Streets Of London by Ralph McTell; Soho Square by Kirsty MacColl; and London Is The Place For Me by Lord Kitchener.