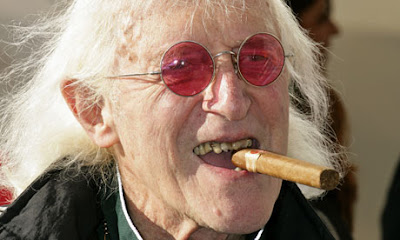 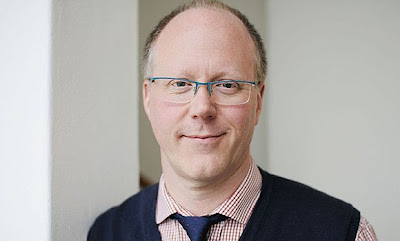 In the guardian this morning I read the following:

"The BBC director general, George Entwistle, has promised to investigate the mounting allegations of sexual abuse by Sir Jimmy Savile, but only when the police investigation has been completed.
Entwistle told BBC Radio 4's Today programme on Monday that he deeply regretted what had happened and apologised to the women involved for what they have had to endure, but he said he did not want to compromise the police inquiry."
Further on into the article I read:
"Entwistle, who rose through the ranks of the BBC as a journalist (and described elsewhere as: a "loyal BBC soldier"), said he had not about heard the rumours of sex abuse until late last year but conceded: "Jimmy Savile was regarded as by a great many people as odd, a bit peculiar and that was something I was aware some people believed."

Then I read the following in another article: "The former head of Radio 1 was aware in the early 1970s of allegations of sexual abuse involving Sir Jimmy Savile, an ex-press officer for the station has claimed.

Rodney Collins said on Wednesday that an ex-Radio 1 controller, the late Douglas Muggeridge, asked him to find out whether newspapers were looking into sex abuse claims about Savile in 1973.
Collins, who was head of press for Radio 1 when Savile was a DJ at the station, urged the BBC to launch a full internal inquiry and to examine who knew what and when.
"The BBC should now – having first of all said they knew nothing about this – hold a full inquiry, they should co-operate with the police. If anyone working there at the time had some knowledge of this they should put their hands up," Collins told MediaGuardian!.
So Entwistle rose through the ranks of the BBC as a journalist! A pretty good indication then that the quality of journalism there is pretty poor or that the BBC has a long tradition of brushing its own shit under the carpet or both.
Of course Savile was odd! Alarm bells should have been screaming years ago, especially after savile's defence of Gary Glitter. And of course BBC management would have known about Savile's 'parties'.
Rather than wait (no doubt hoping that all this will go away) the director General should instigate an internal inquiry immediately.
The BBC is often referred to as 'auntie', it transpires that 'Seedy uncle' might be a better epithet!
Oh! And how many seedy men at the Beeb had Jimmy fix it for them to live out their own seedy fantasies I wonder?