An hilarious event on so many levels. Impossible to review seriously; it defies gravity.

The Portobello panto would seem to the outsider to be a chaotic Christmas family gathering, riddled with in-jokes and avoiding all the strictures of conventional theatre. A great deal of the humour stems from the fact that it somewhat under prepared (an essential part of it all) and the script seems to offer the cast a guide rather than something to stick to.

Naturally local issues are addressed: Jamie Oliver and All Saints are toyed with. Current affairs are addressed in the guise of Nancy, who bears a striking resemblance to a red haired ex newspaper editor marshalling her troupe of eavesdropping urchins.

Oliver is of course a girl (Queenie Ingrams), Ron Moody would have been delighted with the homage paid by Jaycee Pandy  as Fagin, Colin Salmon (ever the trooper and happy to be teased about  Strictly dancing) is a somewhat effete fairy and local scallywag Ray Jones is as usual himself appearing to think he is in another panto completely; dressed as a 'Clockwork Orange' Droog. Piers Thomson reprises his PC Gonemad persona. the rest of the cast and a good number of local kids had great fun! full cast and crew at the bottom of page.

The script is by new boy and co-producer Peter Jack and the direction, not that that direction features on any compass I have seen, is in the hands of Roger Pomphrey. The house band is remarkably tight (considering the preparation they have had) led by the remorselessly laid back Ned Scott.

To sum it up, it was a triumph and like a Triumph it leaked all over the stage.

The photographs are from Christopher Scholey. 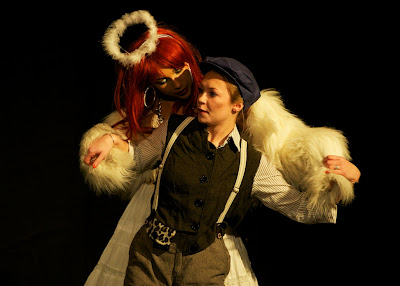 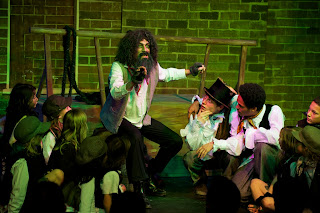 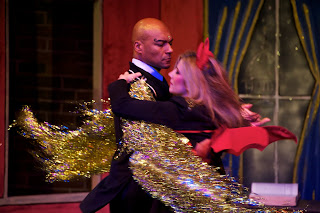 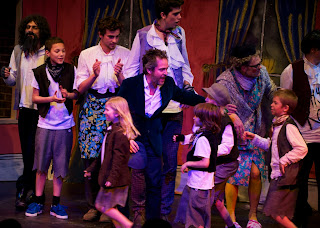 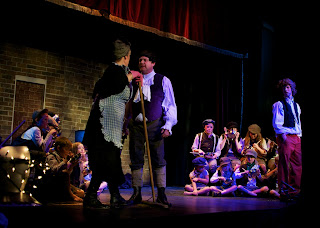 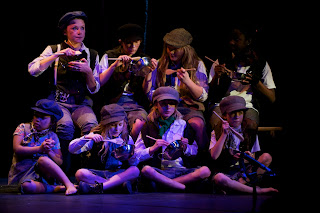 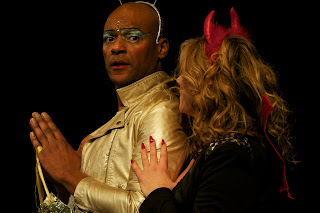 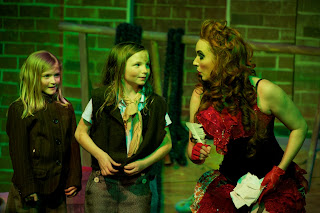 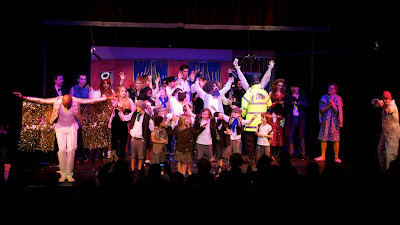 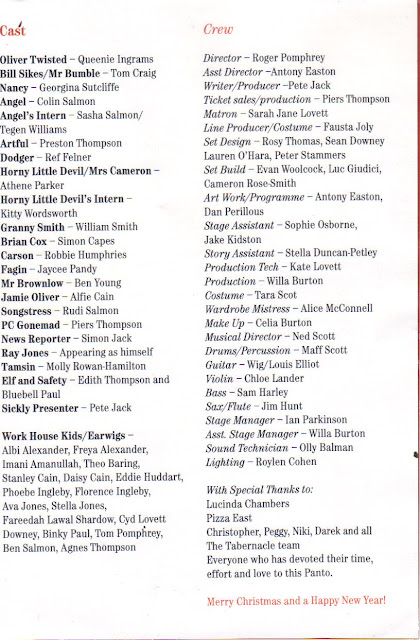 Posted by Tristan Hazell at 1:39 PM