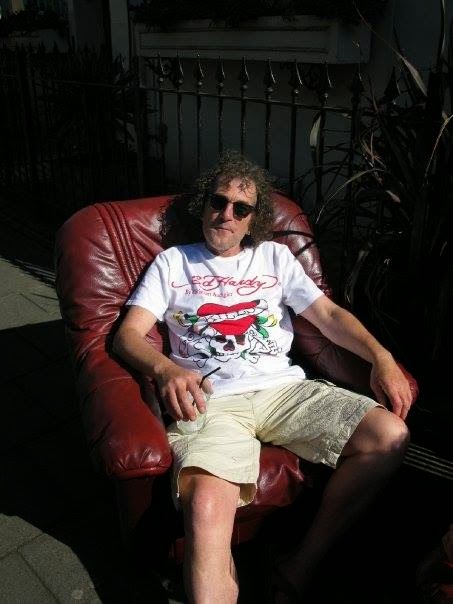 Sadly, director and musician Roger Pomphrey has died.  He was far too young.

Every community is a family and every community, like every family, has its pillars. Roger was one such human being.

Known by practically everyone in this neighbourhood, liked by just about everyone, loved by many, respected by far more, Roger was truly a local character of note.

He had no time for authority, rules or any of that shit… He had a great deal of time for people (except the fools he did not tolerate) all of whom will miss him.

Roger and his guitar will be missed in every pub, bar and club in the neighbourhood for his blistering blues which was always full of passion and volume. He was an inspiration to a lot of us and was always happy to strap on his guitar and join in with extreme gusto.

Roger spoke his mind and took no prisoners… I once made a stupid mistake in a review which he pointed out. It was then forgotten, but I didn't make that kind of mistake again.

When I, perhaps misguidedly, decided I needed a guitar solo in a poem, Roger happily stepped up and made me feel a whole lot happier about what was a very dodgy enterprise (excuse the pun). He must have enjoyed it because he repeated the process a number of times.

Everyone who speaks of Roger has their own special story and I think that pretty much sums Roger up… He had time!

Roger the Dodger was such a distinctive man; a generous, sensitive soul. He was a loving, doting father and will be dearly missed by Tom and Caroline, along with his Brizzle family, of which he was so proud. He was a terrific, intuitive filmmaker with a great eye, recently shooting 2nd unit on a film I couldn’t have completed without his fantastic contribution and companionship. He was also an outrageously good musician. He was a passionate cook and loved good wine, sometimes turning into a lesser freckled cowboy-booted curly crested cormorant, with a hint of Bristolian turrets syndrome after only a few glasses. He was a credit to his local and his wider locale, contributing so much in opposition to the greedy, systematic gentrification of the Portobello Rd we cherished. He will be remembered as a much-loved son of that community and he’ll be sorely missed in the Tabernacle at Christmas time.

How sad it is that he didn't have as much time as we would all wish.

Roger will, indeed be sorely missed.

Noel Maclaughlin's Full obituary, without the Guardian's hack job, can be found HERE

Posted by Tristan Hazell on January 29, 2014 No comments:

Uncle Reg. He died for Valerie and golf.

Uncle Reg smoked 90 fags a day but they never killed him. Valerie did that!

Uncle Reg was in His Majesties Indian Army and took one for the regiment up the Khyber Pass. He liked to say that he took the bullet for King and country but wags in the mess often suggested merrily that, since he took it up the Khyber, he more than likely took it for queen and country.

Reg came back to England something of a hero and a few months later they gave him a medal and the medal had 'FOR VALOUR' engraved upon it.

Reg was an humble man and wanted no attention so he stuffed the medal in his kit-bag and forgot about it.

On being demobbed Reg went back to his dyslexic wife Sylvia in Streatham where he took up golf as a hobby.

The day that Sylvia cleared out his kit bag she confronted Reg in the kitchen as he was oiling his clubs.

"You've been carrying on with a woman called Valerie she insisted throwing the medal in his face before killing him with a single blow to the head with a sand wedge.

When asked by the Judge at her trial if she had any regrets, she replied: 'Yes! I now realise I should have used a number 3 wood rather than a sand wedge and that Dyslexia can be life threatening!'

Posted by Tristan Hazell on January 27, 2014 No comments:

A tsunami of disbelief has rocked the classical music scene on hearing the rumour that Dutch Avant Garde composer and conductor Jan Nieupjur is tipped to replace Gergiev at the LSO. 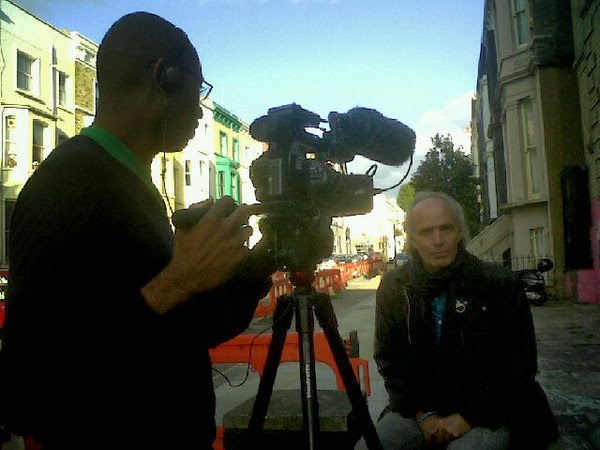 Simon Rattle, who has also been rumoured to be up for the gig allegedly commented: 'Who the fuck is Jan Nieupjur?'

Nieupjur failed to respond to my enquiries on the grounds that he did not understand English. I tried to hum the question on the understanding that music was the international language but was met with silence…. 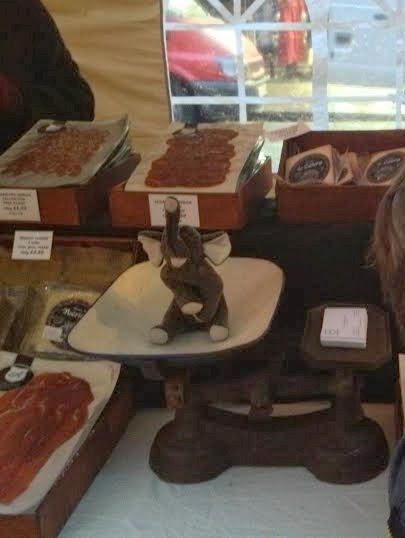 Proof that 'bush meat' is being openly sold in Britain today!
Posted by Tristan Hazell on January 12, 2014 No comments:

Posted by Tristan Hazell on January 11, 2014 No comments: 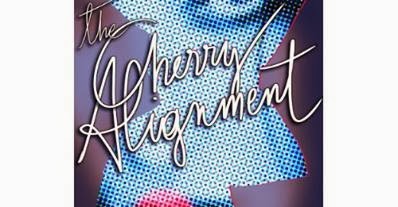 "The Cherry Alignment" follows the roller-coaster life of the witty, uninhibited and gorgeous Angelika Douglas; a legendary ‘80’s supermodel, actress and full-time bon vivant. Sybaritic, sensual and musically obsessed, Angelika has never met a psychedelic drug, a bottle of champagne or a handsome young man that she doesn’t like. A firm believer in sampling all the myriad sensations that life has to offer, Angelika imbibes, dances and samples the flesh of whatever takes her fancy, until one fateful day when tragedy forces her to face her own physical limitations, and to discover who her true friends really are.

Meteorological experts in Tel Aviv have announced the startling news that they are able to accurately forecast global weather patterns using the head of a baby. The baby, as yet un-named and born in a stable to humble but well connected parents, has constantly shifting hair which predicts the weather conditions in the Northern hemisphere for the following 12 hours. Ridges of high and low pressure along with cyclonic activity are clearly visible.

A spokesperson stated they they are 'All scratching our heads over this phenomenon'.

The father of the child said: 'It is a miracle and once we get the continents tattooed on her head we should make a fortune from her'!

A spokesperson for the Vatican was 'unavailable for comment'. 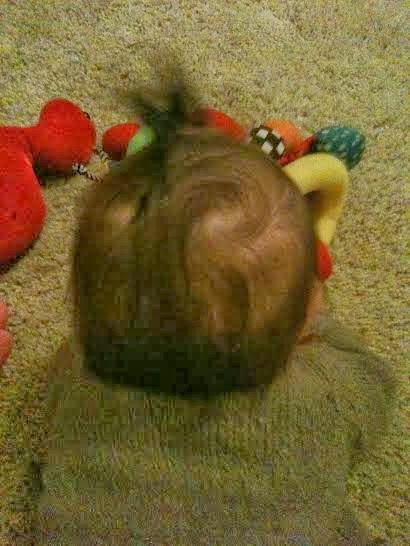 Cyclonic gales in the Atlantic divided by a peak of high pressure seen last night on the baby's head.

The scientists have also been able to predict the polar vortex freezing the USA at present by monitoring cold spots on the head. A plan is proposed to put a wooly hat on the baby's head, warm it up and therefore end the icy weather crippling the country.
Posted by Tristan Hazell on January 02, 2014 No comments: