Joy lived with her mum on the edge of the village. Joy was 13 and had a faint memory of a father who disappeared years before leaving her and her mum with a little cottage and a field of pigs.

Joy's mum tried to make a living as a pig farmer but it was difficult, most of the other villagers were vegetarians and didn't like pork and whenever her mum tried growing vegetables in the field the pigs ate them. Times were hard.

One day Joy's mum gave her the last of their money and asked her to go to the market to buy vegetables so that they could invite some neighbours round for supper.

On her way to the market Joy met a man leading a cow. The man with the cow asked her where she was going and when she informed him of her errand he said: 'Look no further young lady, I have just the thing for you.'

Come off it said Joy. If you think I am going to buy a few beans from you you are mistaken! The man with the cow explained that he had just traded his last few magic beans for the cow with a young lad called Jack but that he had the answer to all her problems.

He pulled from a sack a cage, in the cage was a small brown mouse.

I could spend an age describing the haggling that took place but you've heard it all before… Joy walked home with the mouse who she decided to name Regret.

Joy's mum was, of course, mightily pissed off and sent the girl to bed without supper… No hardship to Joy who was fed up with her daily intake of pork products.

The following morning Joy rose early and went down to her chores. she was surprised to find that all the pig scraps lying around the kitchen had been cleared up and that there was a pile of brown rice on the table. She scooped the rice into a bowl before going out to feed the pigs. The mouse slept in his cage in the corner.

When Joys mum arose she showed her the rice and declared that there was enough for a proper banquet for all their vegetarian friends.

The banquet of course was a success, a mound of steaming brown rice infused with herbs from the hedgerows and vegetables borrowed from neighbouring gardens had all of the guests singing its praises. The brown rice had a flavour previously unknown to them. It was magnificent. It was heaven.

By the end of the evening each of the guests has put in an order for brown rice which Joy's mum accepted while secretly wondering where it was going to come from. She need not have worried for the following morning there was a mound of brown rice waiting on the table.

Over the following weeks Joy and her mum discovered that the more pork they left in the kitchen the more brown rice appeared on the table the following day.

They made a lot of money from selling that brown rice to the village vegetarians and lived happily ever after apart from one small glitch when the inspector from the ministry of food tested the rice and declared it 98 percent pork and 2 percent mouse spit but by then it was too late, the village rabbi had already koshered it as fit for vegetarians.

And the mouse… Joy changed it's name from Regret to Regretta who lived long, fondly watching over her burgeoning family shitting on the kitchen table as it grew fat on pork products.

The eyes of Jarvis Trench.

I called at the house to view the motor bike. It was a 1967 Triumph Tiger Cub. I had owned a similar bike in my teens and fancied that it would make a project for the winter.
I was early. Mrs Trench answered the door in a flustered state but ushered me inside and led me to the living room. “You will have to excuse me,” she said. “You are early and it is time for my therapy but it won’t take long. Can I get you a cup of tea?”
The filth that surrounded her encouraged me to decline the offer. “No thank you,” I said.

She offered me a chair. I sat and looked about the room. It was littered with orange coloured objects I first took for balloons. I soon realised they were football bladders. There were perhaps 20 of them; each one sported a number of puncture repair patches. The patches on each bladder occupied positions on the same latitude. If they had been globes I would have estimated that they were on a line occupied by Stockholm. The patches circled the bladders. There were a number of deflated footballs, the old fashioned ‘lace up’ variety, and two or three repair kits. A professional-looking pump stood beside the chair she sat down in.

“Won’t take long,” she repeated as she took up one of the footballs and a bladder. There was an image painted on the ball but I was unable to make it out. She slowly and carefully fed the bladder into the ball, took the nozzle of the pump and inserted it into the bladder. With her right hand she worked the pump while steadying the ball with her left and her knees. As the ball inflated I saw that the leather was painted with a likeness of a man. He had bright blue eyes. She looked at me as the ball became tight and said, “I used to do the lacing once but don’t feel the need anymore.”

Gripping the ball between her thighs she took up two long needles then carefully and simultaneously forced a spike into each pupil.

As the needles entered she intoned the words: What are you looking at now, Jarvis Trench?

She then removed the weapons and laid the sighing ball on the floor beside the chair.

“The motorbike,” she said as she rose and I followed suit. “It is in the shed, it is not locked. Why don’t you go and take a look? It ain’t been used much. My husband only rode it to and from his camera club and he ain’t done that since the day he left his darkroom unlocked.”

Posted by Tristan Hazell on February 22, 2014 No comments: 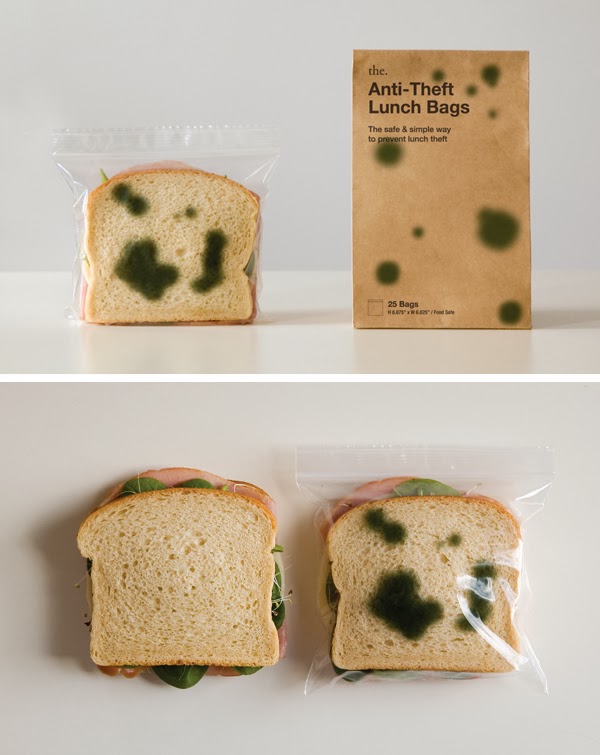 What a good idea. don't know where they come from though.
Posted by Tristan Hazell on February 13, 2014 No comments:

Ode to a Nightingale.

Ode To A Nightingale

My heart aches, and a drowsy numbness pains
My sense, as though of hemlock I had drunk,
Or emptied some dull opiate to the drains
One minute past, and Lethe-wards had sunk:
'Tis not through envy of thy happy lot,
But being too happy in thy happiness,---
That thou, light-winged Dryad of the trees,
In some melodious plot
Of beechen green, and shadows numberless,
Singest of summer in full-throated ease.

O for a draught of vintage, that hath been
Cooled a long age in the deep-delved earth,
Tasting of Flora and the country green,
Dance, and Provencal song, and sun-burnt mirth!
O for a beaker full of the warm South,
Full of the true, the blushful Hippocrene,
With beaded bubbles winking at the brim,
And purple-stained mouth;
That I might drink, and leave the world unseen,
And with thee fade away into the forest dim:

Fade far away, dissolve, and quite forget
What thou among the leaves hast never known,
The weariness, the fever, and the fret
Here, where men sit and hear each other groan;
Where palsy shakes a few, sad, last gray hairs,
Where youth grows pale, and spectre-thin, and dies;
Where but to think is to be full of sorrow
And leaden-eyed despairs;
Where beauty cannot keep her lustrous eyes,
Or new love pine at them beyond tomorrow.

Away! away! for I will fly to thee,
Not charioted by Bacchus and his pards,
But on the viewless wings of Poesy,
Though the dull brain perplexes and retards:
Already with thee! tender is the night,
And haply the Queen-Moon is on her throne,
Clustered around by all her starry fays;
But here there is no light,
Save what from heaven is with the breezes blown
Through verdurous glooms and winding mossy ways.

I cannot see what flowers are at my feet,
Nor what soft incense hangs upon the boughs,
But, in embalmed darkness, guess each sweet
Wherewith the seasonable month endows
The grass, the thicket, and the fruit-tree wild;
White hawthorn, and the pastoral eglantine;
Fast-fading violets covered up in leaves;
And mid-May's eldest child,
The coming musk-rose, full of dewy wine,
The murmurous haunt of flies on summer eves.

Darkling I listen; and for many a time
I have been half in love with easeful Death,
Called him soft names in many a mused rhyme,
To take into the air my quiet breath;
Now more than ever seems it rich to die,
To cease upon the midnight with no pain,
While thou art pouring forth thy soul abroad
In such an ecstasy!
Still wouldst thou sing, and I have ears in vain---
To thy high requiem become a sod

Thou wast not born for death, immortal Bird!
No hungry generations tread thee down;
The voice I hear this passing night was heard
In ancient days by emperor and clown:
Perhaps the self-same song that found a path
Through the sad heart of Ruth, when, sick for home,
She stood in tears amid the alien corn;
The same that oft-times hath
Charmed magic casements, opening on the foam
Of perilous seas, in faery lands forlorn.

Forlorn! the very word is like a bell
To toll me back from thee to my sole self!
Adieu! the fancy cannot cheat so well
As she is famed to do, deceiving elf.
Adieu! adieu! thy plaintive anthem fades
Past the near meadows, over the still stream,
Up the hill-side; and now 'tis buried deep
In the next valley-glades:
Was it a vision, or a waking dream?
Fled is that music:---do I wake or sleep?
John Keats

Posted by Tristan Hazell on February 12, 2014 No comments:

Rusty sent me an email from Lizard Bend. Idaho:

Hi y'all. Me and Babs have started little Morgan in a drama class, the first lesson was in pouting skills and nothing gets a little one pouting faster than sucking on a lemon. 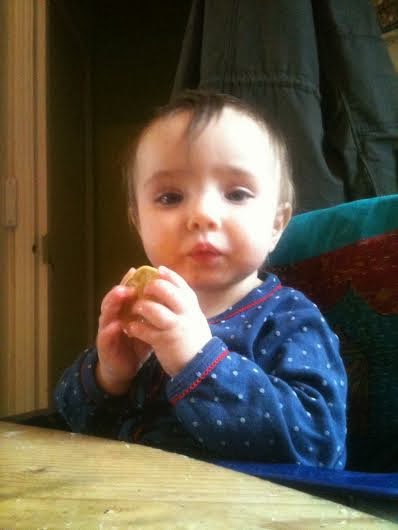 Babs says he looks like Napoleon but I rekkin he looks more like Putin considering the gay situation!

Either way it's the same but different.
Posted by Tristan Hazell on February 09, 2014 No comments: