Mayor of Sorrento sues Vesuvius for vandalism of early Banksy.

The mayor of Sorrento has started legal proceedings against the volcano for what he considers to be wilful criminal damage to valuable graffiti. 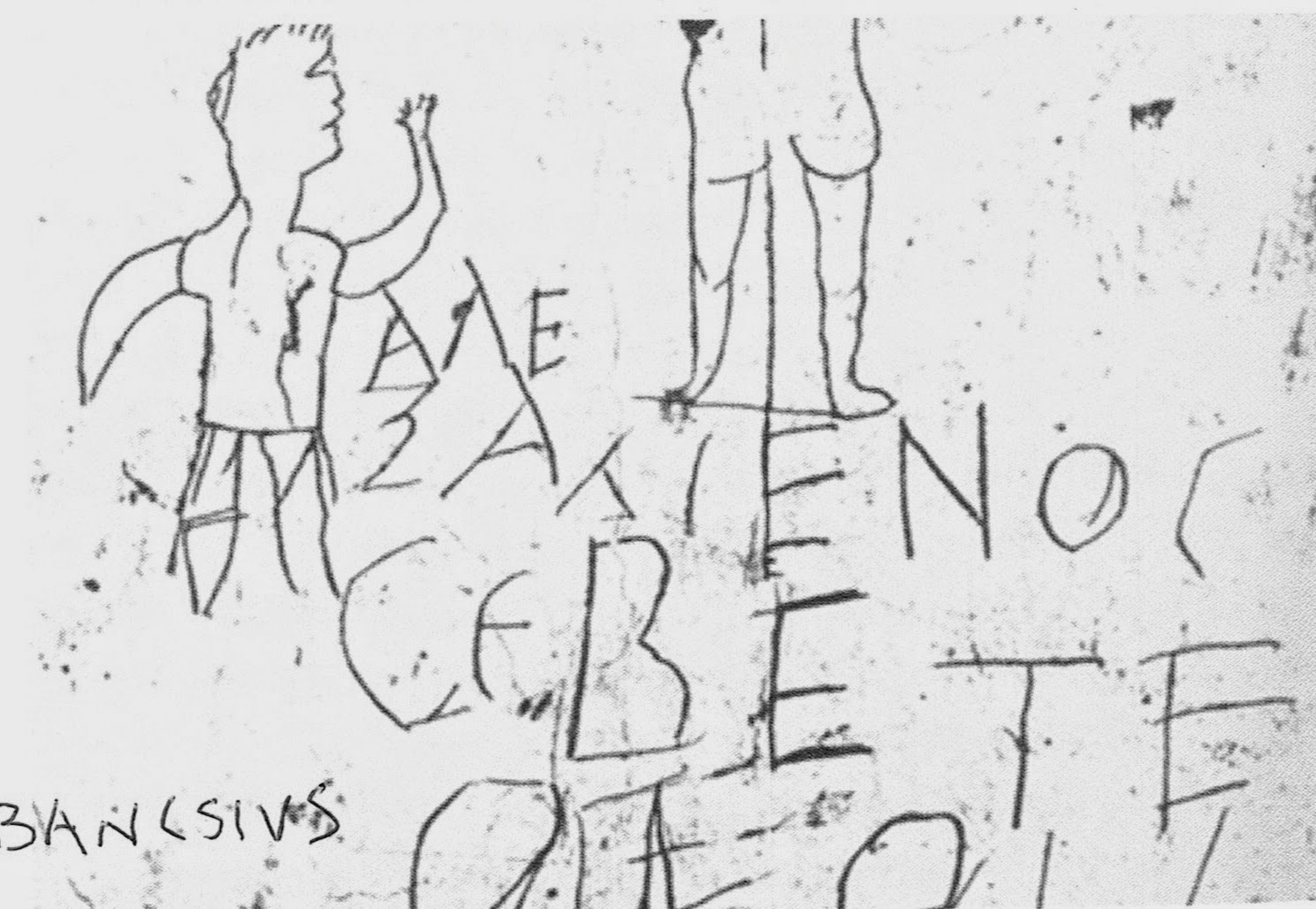 The graffiti, considered to be the earliest known example of Banksy's work, had been obliterated by ash and pumice for nearly 2 centuries, depriving the community of a priceless work of art valued at lots of money.

The mayor is quoted to have said: 'We are talking lots of money we have lost over two centuries, fuck whether it is art, it is money that could have been lining our pockets".

Neither Banksy, his ancestors nor the thousands of 'Banksy' pretenders would step from behind their mask to comment.