Dominos Pizza are about to announce the introduction of a 3D printed on line delivery service.

You order the pizza, click a 3D select button and the pizza is printed out in your home within seconds.

A spokesperson told me that the end result tasted like plastic, but then, don't all Dominos pizzas! 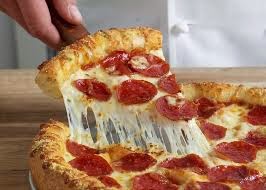 A 3D printed pizza.
Posted by Tristan Hazell on February 16, 2015 No comments:

If I were a poet.

If I were Mcgonagall
I'd jump in front of the train
before it got to the bridge.

If I were Bukowski
I'd have drunk more
and written less.

Posted by Tristan Hazell on February 16, 2015 No comments:

Portobello Radio: Two old gits who can remember bugger all.

Before you complain about the title 'Two old gits who can remember bugger all' it is a direct quote from Chris Sullivan on the radio this afternoon.

Chris is doing himself, and co-presenter Piers Thompson an injustice, they remember quite a lot and as the area is being rapidly eviscerated, its once vibrant guts being replaced with a wealthy prosthetic community, it is good to hear two old gits trawl over what once was and what remains of local culture including where to get a scotch egg for two pounds on a Wednesday (the Red Lemon on All Saints if you must know).

The show is laid back and informal to say the least but all the better for that, reminiscent of sitting in the Cow a few years back (back in the time when the Cow was a dog having its day) listening to Piers, Chris and others shoot the breeze.

They play some music too.

If you live, or once lived,  in the area and fancy a lunchtime session without the hassle of walking to the boozer (which probably doesn't exist any more) you can do no better that tune in.

Posted by Tristan Hazell on February 13, 2015 No comments:

Something is wrong in the world of children's literature.

OK. Here we go… You want to write a contemporary children's best seller, make it as dysfunctional and as negative as you can, avoid adventure (unless it is escaping from abusive parents/carers), make sure it is set in an orphanage, ensure there are plenty of zombies and threats of death, ensure that there is no hope (but indicate that hope might be forthcoming in the sequel) and ensure that there are enough adult themes that children want to pretend that they understand but don't to keep them mystified.

What is wrong with good old fashioned adventure and fantasy?

I'll tell you what.

Modern children's writers do not write for children, they write for publishers who demand formulaic best seller books which only satisfy the accountants.

Modern kids don't want to know about Rob Roy or Ivanhoe or Treasure Island or Swallows and Amazons even because they see them as dated and boring yet the irony is that all of the above mentioned books involved action beyond sitting in front of a computer screen bitching about having nothing to do except bitch about the world they can't really be bothered to take part in.

I'm re-reading Stig of the Dump, its great. 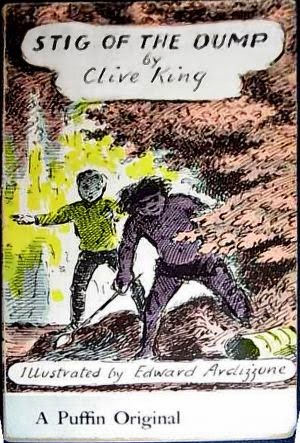 Posted by Tristan Hazell on February 11, 2015 No comments:

I have no say in the matter
it's all chosen by them
the colour, the fabric
the length of the hem
the style of the collar
the cut of the tights
the straight jacket baby-grows
with ghastly highlights
accessory garments
for the accessory child
are hardly condusive
to the babe meek and mild.

I hear all the time
that I am a blessing
so why do your best
to make me so
FUCKING CROSS DRESSING.