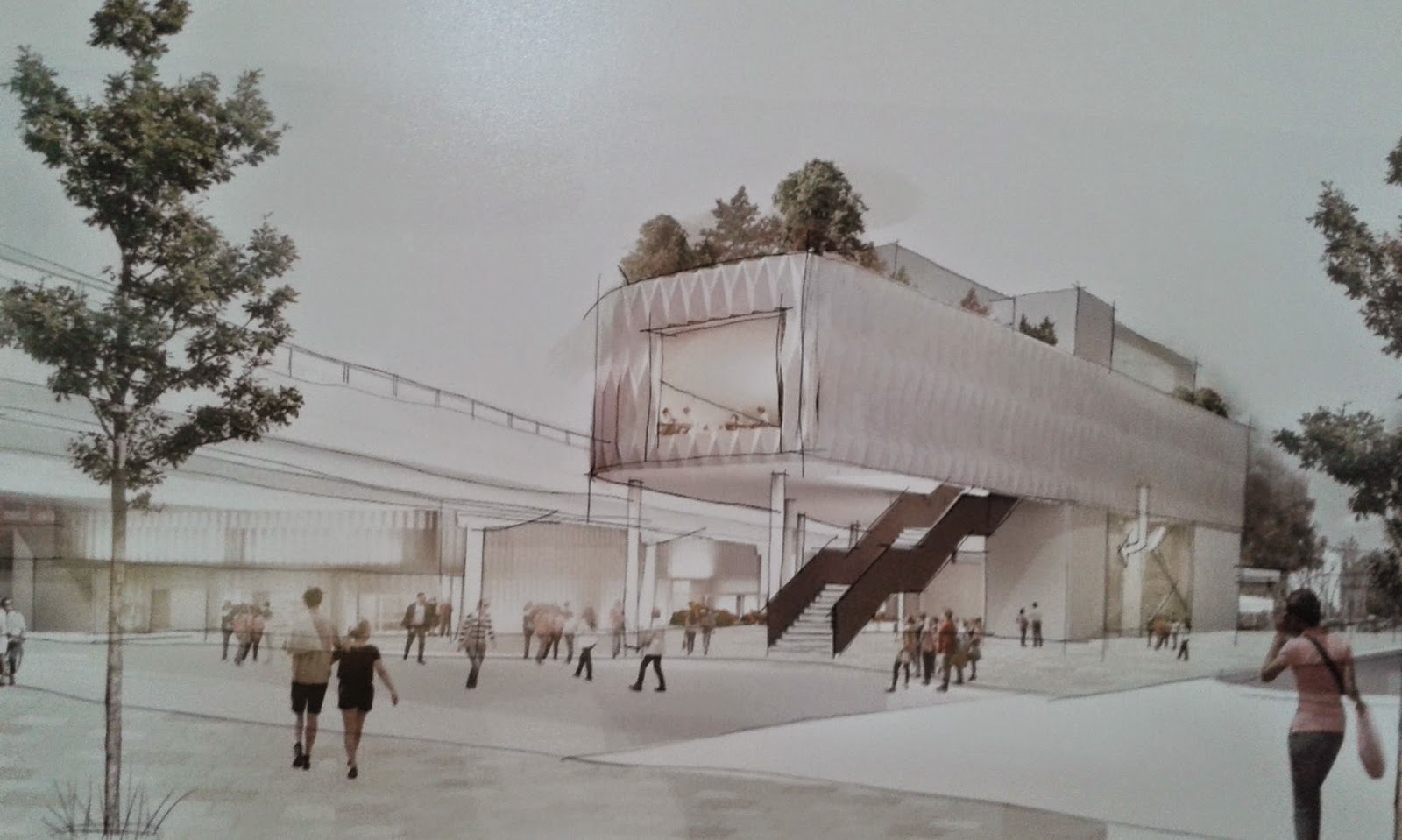 I have looked at the drawing of what Westway want to do and it isn't very good.  There are no cars or vans in the picture but in real life the place is full of them, making me think that the drawer can't draw cars and vans or they want to make it a dull pedestrianised area like Huddersfield town centre (I like the word Huddersfield because it almost says shudder which is what I did when I saw the drawing). Huddersfield town centre only has pound land shops, hair salons, nail bars and a Greggs. Oh and lots of expensive coffee places that cost twice as much as Wetherspoons which is the only pub left. I am not allowed beer or coffee so I don't think that is very good.

Cars on high streets are good because they make people walk on the pavement close to the shops and see what is in the windows rather than walking down the middle close to the drinkers and homeless people and the concrete planters full of dog poo and dead plants.

Vans would have been good in the drawing because it would have told me that there was still a market there because all the market people have vans for their stuff and if there were no vans there would be no stuff to sell so the market people might as well stay at home. Especially when it is cold.

I don't like the big pink thing in the drawing. It is not very good and I could make a better thing with my lego and it would be colourful not pink (even though I am a girl and supposed to like pink). This building will take up space where, on non market days, us children learn to ride bikes or skateboards, play with remote controlled cars and stuff like that. I particularly like practising my walking there and have recently moved on to an unsteady sprint. I like climbing the concrete blocks that stop the tent blowing away when it is windy.  Kids do this stuff under the tent because the park next door is full of smelly people drinking or taking drugs or letting their scary dogs run around pooing everywhere. The other nearby park in Tavistock road is just the same. I thought parks were for everybody but it seems not, these days parks are only for the aggressive disenfranchised (I found that word in my thesaurus and like the shape of it, it is nearly as good as hippopotamus).

They should have a little cafe in the park with tables and chairs for the grown ups to sit on while we play and the people who run the cafe could tell the nasty people to go away or they could get a slide shaped like a fierce dragon which would frighten them away ( and their dogs who are frightened of dragons too).

I hope Westway change their minds about this drawing. I have a new set of crayons and will do them a better one if they want or I could make them a lego model (I only have big lego at the moment because I could swallow the little stuff and I'm having enough trouble swallowing the nonsense that Westway are giving us).

People say that not enough people go to the shops under the Westway on days when the market isn't there but if they put shops there that had stuff people wanted to buy every day the shops would be full.  We need a proper toy shop, a sweet shop, a big pet shop with lots of real animals in it (not dog porn like the shop in Westbourne Park Road which is for ladies with rich husbands, not children who want to look at pets or buy a toy for their new puppy. I have a new puppy called Pandora, she is 10 weeks old and I would buy her lots of toys if there was a shop under the Westway to sell them to me) and a place full of coloured balls like at Ikea. Oh. And a Poundland!