Why Britain's women war heroes are responsible for the election result.... An anarchist writes.

A guest blog from 'Steve'. Leader of the Russel Brand Anarchy on the dole brigade. 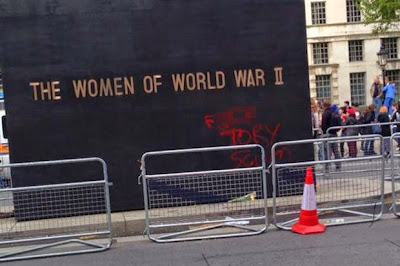 Look. Russel was right! If no-one voted there wouldn't be a Tory government in power.

Women died in order to get the vote.

The memorial was to dead women.

If they hadn't died there wouldn't be a memorial and no-one would vote and Russel Brand would be Emperor or something like that and we could all smoke pot on the dole and that monument would have just been a wall and Banksy would have got there first and an American would have bought it and shipped it to Texas and it wouldn't have got in our way on our march for democracy.

Or something like that you know man.
Posted by Tristan Hazell on May 09, 2015