EU to fund Brexit and Cameron's move to World Statesmanship. 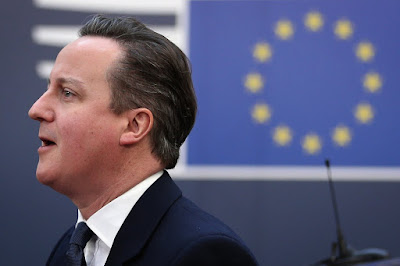 According to my man in Paris eating croissants and flirting with waitresses the EU has had a whip round and come up with the necessary funds to give Britain the heave-ho pretty damn quick.

£150.00 is the figure being bandied about as the amount that David Cameron is demanding for a speedy exit from his embarrassment.

Cameron of course wants to move on to World Statesmanship PDQ.  Following the snail trail laid down by Tony Blair.

Rumour has it that Cameron and Blair will soon be found hiding in moist ground under the same rock. Cameron has ensured that that rock will not be Gibraltar.