Scientology and Tragedy and other Grenfell Tower stories.

There was an extraordinary event yesterday under the Westway. I'll write about it later.

What I want to write about now is this:

As I walked to the event I spotted a bright yellow, high viz van parked adjacent to the flyover. The van informed me that it was the Church of Scientology. 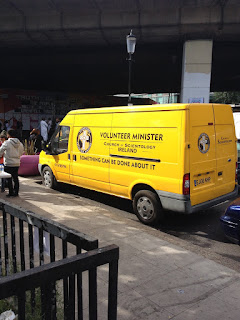 Later as I sat in the garden of the Maxilla centre I noticed that same high viz yellow, this time on T shirts dotted among the crowds adorning those apparently part of the organisation. 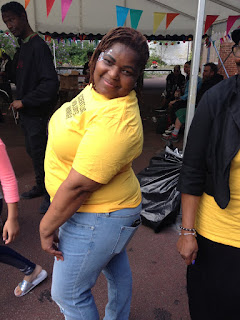 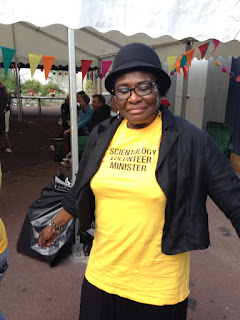 The organisers of the event were wearing tags around their necks, one such man was also wearing a high viz yellow cap. I approached him, inspected his tag and asked if he was an organiser of the event. He replied to the positive. I then asked who was behind it all. He pointed to his companion's T shirt, you guessed it, high viz yellow emblazoned with the words: 'Scientology Volunteer Minister'.

I asked him to confirm that. He did.

I went back to my seat and my companion who was carrying a  professional video camera. We then sat and watched as the entire Scientology presence evaporated within seconds. They vanished.

Why were they allowed anywhere near here?

To be continued
Posted by Tristan Hazell on June 26, 2017