Obese children to be banned from 'Trick or treating' on Halloween.

It was announced today that obese children will be barred from the annual begging and gorging festival.

Extra police officers will be on duty on Saturday evening checking the BMI's of all suspect kids. Those who are seen to be overweight will be sent home with a stern warning to their parents.

It has been suggested by health experts that appetite suppressants such as cigarettes or amphetamines should be provided as an alternative to sweets.

Many parents are furious, especially those who have spent a fortune on 'Fat Donald Trump' costumes for their thin children. They fear that their children will be wrongly penalised and may turn to donuts as a means of relieving stress. 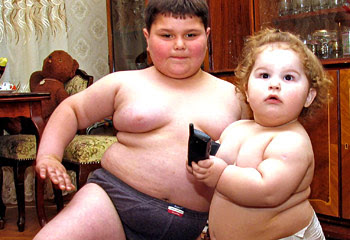 Disappointment at Halloween.
Posted by Tristan Hazell at 11:54 AM