A 67 year old Led Zeppelin fan Jan Nieupjur accidentally shot and killed the May Queen while out hunting  in Surrey.

He later told the police that he had heard a bustle in the hedgerow and, alarmed, he had shot instinctively. forgetting that it was probably just a spring clean for the May Queen. He added that there were two paths he could have gone by but it was now too late to change the road he was on.

A police spokesman stated that: Ooh it makes me wonder'. 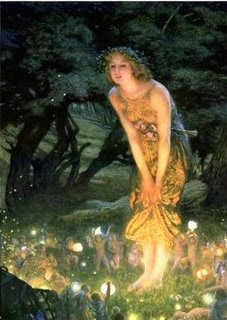 The victim in happier times.
Posted by Tristan Hazell on September 23, 2019