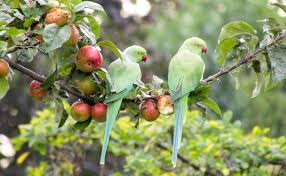 I've moved. A mile down the road and back over the border into North Kensingtom. Full circle. Close again to the book stall under the tent on Portobello Green and the raggedy joys of the north end of Portobello. The lights atop Grenfell tower can be seen from one window and Trellik tower from another. It feels like home. 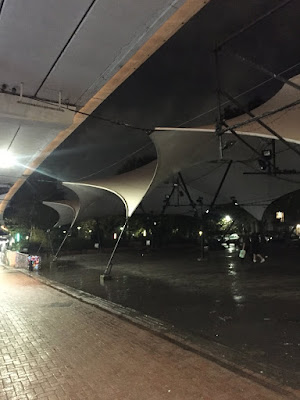 A dawn coffee on the balcony allows me to watch the foxes, as they arrogantly quarter the street, and listen to the whoosh of the Westway.

A parakeet calls raucously from the london plane tree  and moments later rises to join a flock, lately risen from its roosts. as it swoops low over the rooftops heading south-west, accross Portobello, no doubt towards a day begging from the tourists in central London, a colourful addition to the thousands of pigeons who are no doubt pissed off at the arrival of these gaudy immigrants.

Some say Jimi Hendrix let the first on free, others say that they escaped from the set of 'The African Queen', who knows. They are here, an avian reminder of global warming and open borders.