Trump will urge Supreme Court to strike down Obamacare

A clear and succinct summary from Ilya Ruvinsky of St Louis.

As 2,000 Americans die and 25,000 are infected each day, the Trump administration is actively working to strip healthcare away from 29 million Americans in the middle of a global pandemic. Even Attorney General William Barr believes that the Affordable Care Act should NOT be dismantled in its entirety, but couldn’t convince the administration to back down from its extremist position.
A recent report estimated that if the unemployment rate hits 15%, nearly 18 million Americans could lose their employer-based health coverage. Over 9 million workers have already lost it.
In the middle of the worst pandemic outbreak in the world, the Trump administration is actively working to deprive the most vulnerable Americans of access to healthcare over the objection of its own Attorney General. LET THAT SINK IN. 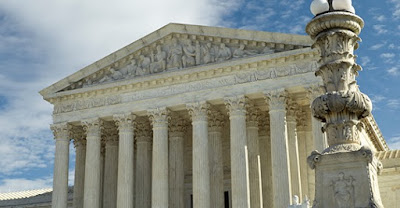 https://www.politico.com/news/2020/05/06/trump-supreme-court-obamacare-240366?fbclid=IwAR0ZrSRbd19mmlzjTT7COY5UF3a09uR2ifrNo-H3dRfvzmXzsFYCZyiHkTw
Posted by Tristan Hazell on May 07, 2020