Jeremy Forrest and Megan. Why the French are not treating it seriously. 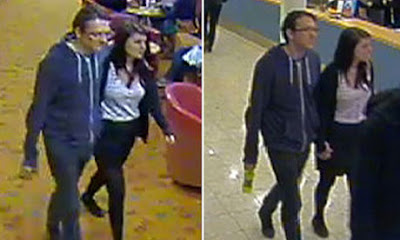 The raison zat ze French is not taking zis serious is zat it is a matter of love and we French know all about love. Not like you English Island stealers.

They are a young couple in love and deserve to be together, how does it matter zat he is a married teacher with moral responsibilities and she is a child (I know that makes him a paedophile but so what) it is obvious zat she is in love with ze ansome brute. You only ave to look at the way e dresses to see he is a babe magnet. And on top of zat, being a maths teacher, he can help her count ze ways she loves him.

Come on England, do the mathematique, put deux at deux togezeur and come up wiz two happy lovers.

We French may run from a fight but we run to ze hanky panky faster than your Widow Twanky.


Editors note: Gaspards views are his own and being a Frenchie are invariably wrong.

On a slightly disgusted note I gather the tabloids are offering loads of cash for topless photos of Megan! I'd like to see some saggy dugged photos of  themselves for a change. Tell you what, send me your photo's and I'll publish them!

As a direct result of this blog French police have pulled out their collective finger and found the couple in Bordeaux. He is is in police custody while she is probably in 'le Price Unique'.

Sussex police issued a statement saying the pair were "safe and well".
"The information which led to them being located came as a direct result of media coverage in France," the statement said. "At this stage we are not confirming the specific location where they were found. Their families have been informed and arrangements will now be made for Megan and Jeremy's safe return."
Posted by Tristan Hazell on September 27, 2012 No comments: