A very special night last night at westbourne Studios. Michael was grilled, unlike Dali's lobster which I uderstand was boiled, by Eliot Albers wearing a pork pie and a wry grin. the gentle inquisition produced more reason to think Michael well worth listening to. (Unlike the arcanely wordy woman behind me with her clever clever look at me I'm clever question she had written down for the occasion.)  the chat followed a screening of nic Roeg's  short film 'SOUND' which Michael collaborated on. It felt more like michaels film than Nic's. 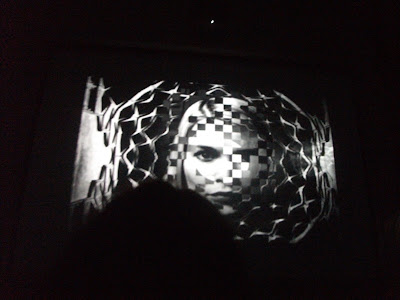 A still from SOUND 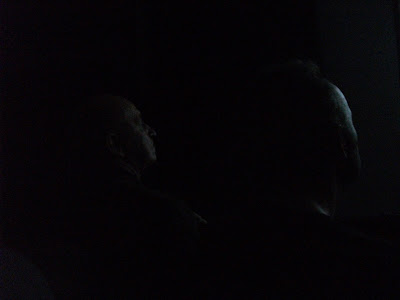 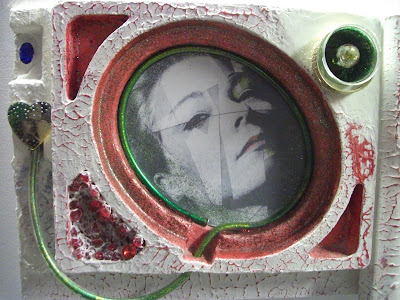 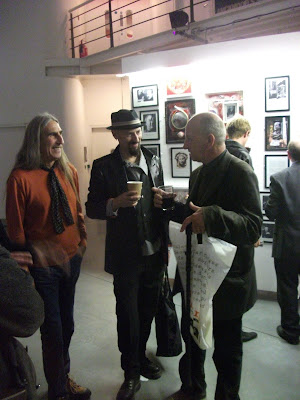 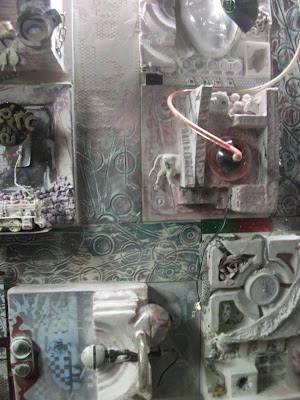 A detail from one of Michaels Works. 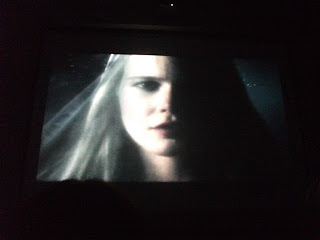 Another Still from SOUND.
And finally... Hat club! The bloke in the foreground is James Simmins who I asked to take the picture. He forgot to get out of his way. 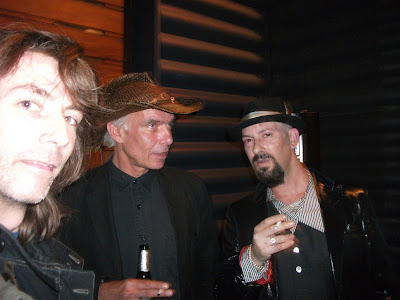 Posted by Tristan Hazell on September 16, 2011 No comments: