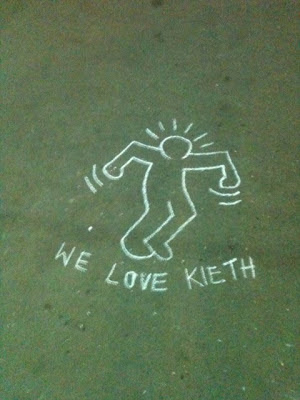 I found this written in chalk underneath the Westway at Portobello Green. Kieth looks angry... Maybe because whoever done it can't even spell his name right.
Posted by Tristan Hazell on January 05, 2013 No comments:

The Portobello Panto is an institution... In the hands of producer Piers Thompson it is a lunatic asylum.

The panto of old was a self indulgent plaything for a little clique of hillybillys; self referential and full of itself. The buzz earlier this year was that the panto was dead and about time too.... then along came Piers and Director Roger Pomphrey. 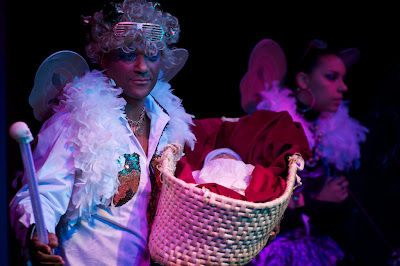 OK. The Panto of old made it's presence felt like Marley's ghost in the shape of an old turkey of a script by Kevin Allen from the 90's which was jazzed up with a dollop of cranberry sauce and of course the children. Notting Hill stalwart Ray 'Roughler' Jones made an appearance. The 'house band' featuring  Roger was worth the entry fee alone, the Tabernacle really came alive for what is it's raison d'etre, the fairies were brilliant as were their yummy mummies (the Fox school got a mention, why not!) and there were no new jokes to confuse the audience. 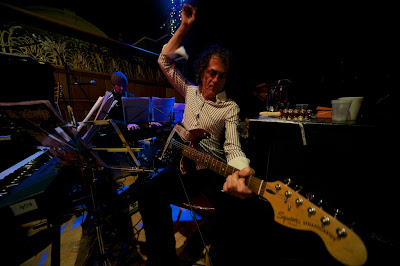 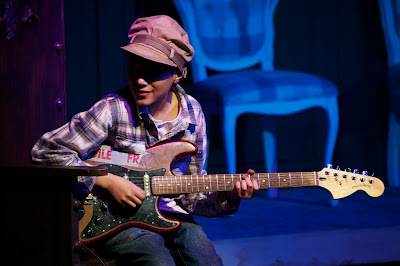 The high point for me was the cameo role from my scrabble nemesis and BBC star (you gotta have a star at Christmas) Simon Jack; I knew he was versatile but nothing prepared me for his jacket... IT shone.

The rendering of a living fire by a child was one of the most moving theatrical events I have ever witnessed... Bravo.

There is no point going into the plot or the characters; everything was as it should be in Pantoland, the evil character was of course a woman, the men were fools, the Princess was a valley girl, and yes! Oh no it's not, it's behind you! 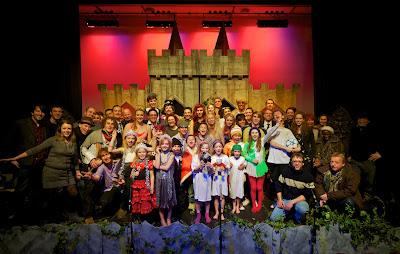 Full marks to Piers and crew for assembling what was to me the dreamcatcher in the window of Notting Hill and a truly entertaining night.

If Pantomime is the closest thing to an honest snapshot of modern society... God help us all.
Posted by Tristan Hazell on December 23, 2010 No comments: