Coronavirus nonsense for children of all ages.

Ice cream for breakfast
porridge for luncheon
elevenses in the afternoon
all day sprinkles to munch on.

ware container.
Posted by Tristan Hazell on May 20, 2020 No comments:

'Soul Food' at the Tabernacle. 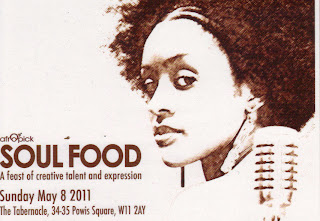 'Soul food' described itself  in the Tabernacle calendar as 'A feast of talent to feed mind and nourish your soul'. apart from that I had nothing to go on as to what was in store on Sunday night.

Well they were right and it is and I came away smiling. Soul Food is a Spoken word and musical collation with Carribean spicing. and very well done.

I have always been an admirer of the story telling tradition from those Islands; I remember being enthralled as a young man listening to lyrical, often hilarious, tales told by an old man I once had the luck to know. His tales helped me on my way to being a poet. the tradition is living on here in Notting Hill. 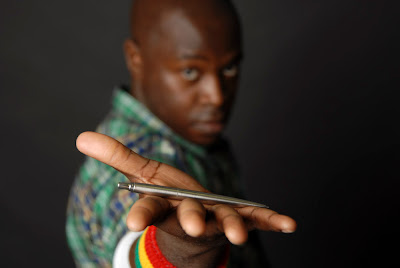 Mosaique
There were a lot of acts on the bill, of a consistently high standard. too many to name individually here (I'll be posting a full review on the Tabernacle website) ranging from the singing of the very young and surprisingly confident 'Shaleah' who must be heading to good things. Uniq the poet caused me once again to consider rap as poetry. 'Mosaic' was very very good, hard to define his style and material but I'm going to go with 'Theatre for voice'. Catch him if you can.

And the evening went on. Heidi Vogel impressed me with her wonderful voice, deep tones and bossa nova. Kat Francois is an observational comedian (among many other talents) who defies any critic who says that women don't make good comedy. I get to see quite a lot of comedy, rarely do I laugh as much as during her set. She has a Theatre Royal show coming up. Well worth checking out.

The evening was hosted by the Delicious Princess and Jason grant and produced by Afropick. We are assured that soul Food will return. I shall be there. Might even try to get on the bill.
Posted by Tristan Hazell on May 10, 2011 2 comments: