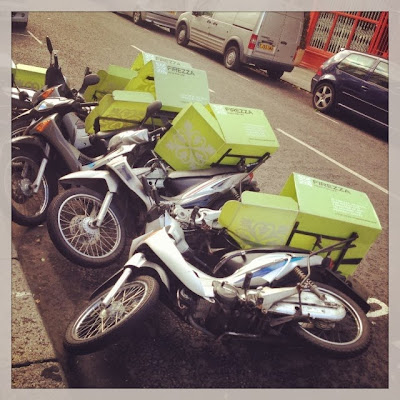 The pizza lovers of Notting Hill today awoke to this awful scene and the prospect of cold turkey for lunch. A spokesperson for the pizza outlet in question was still in bed and unavailable to comment on the situation.

Tuppence Hay-Penny, Emeritus Professor of wind studies at Brunel University, on seeing the image, stated: 'The high wind resistance of the boxes combined with the domino effect was the cause'.

I pointed out that they were not Domino pizza bikes.

She replied: 'The domino effect is when a rival pizza delivery company pushes all your bikes over'.

I spotted further evidence of the phenomena later in the day: 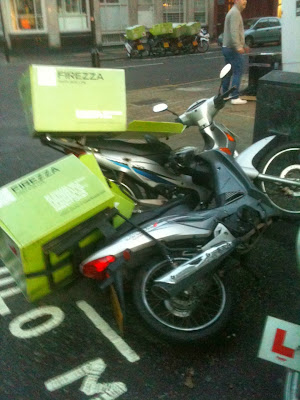 Posted by Tristan Hazell on October 28, 2013 No comments: